Still don't know how to play Yu-Gi-Oh! TCG? Come and discover one of the most fun card games in the world, where you will duel against your opponents in a game of strategy, luck and skill !

*Yu-Gi-Oh! Trading Card Game is a collectible card game developed by Konami in 1999. It is based on the fictional Duel Monsters game created by manga artist Kazuki Takahashi, who appears in parts of the Yu-Gi-Oh! And is the main plot focus throughout its various anime adaptations and spinoff series. In this exciting competition, two duelists battle each other using their decks, which contain a variety of Monster, Spell and Trap cards, to defeat the opponent and be the first to bring the opponent to 0 life points.

I'll explain below everything you need to know to start the fun!

What does it take to duel?

The primary item you need to play Yu-Gi-Oh! is certainly your deck, where you can use up to 3 copies of the same card. In addition, some cards are Forbidden, Limited (1 copy per deck) or Semi-Limited (2 copies per deck). A player's main deck must contain between 40 and 60 cards, and in it, you can use monster, spell or trap cards according to your taste. There's also the Extra deck, where you can use up to 15 cards of Fusion Monsters, Xyz Monsters, Synchro Monsters, and Link Monsters. In addition, there is also the

, with cards you can use to modify your deck. After each duel in a match, you can exchange any card from the side deck for cards from the main or add-on deck to adapt your strategy to your opponent's. The number of cards in your side deck cannot be more than 15. Some cards may require you to flip a coin or roll a die, so if you use any of these cards, make sure you always have them on hand. Other cards require markers to point out various information such as the number of turns or a monster's attack, clips or even a die can be used for this. Another thing you may need are tokens, which are used to represent monsters that can be created by card effects. Any object used as a token must have two positions where it can be used to clearly indicate its battle position. Finally, a calculator is always welcome to score your life points, but you can also use a sheet of paper to write them down.

Getting to Know the Duel Mat

The duel mat is used to organize the cards during a duel, as different types of cards are placed in different zones. Each Duelist needs to have their own Dueling Mat and place them face to face to start the duel. This combined space is known as “the field”. The cards you "control" are the ones on your side of the field.

This is where you place your Spell and Trap Cards. You can have up to 5 cards here. You can place them here face up to activate them, or face down. Since spell cards need to be placed here when they are activated, no spell cards can be cast if all 5 slots are occupied. Within these zones, there are also the pendulum zones, which are at both ends and are marked with a blue arrow on the left side and a red arrow on the right side.

Special spell cards, called field spell cards, are placed here. Only 1 field card can be active on your side of the field at a time. Field Spell Cards do not count towards the 5-card limit of your Spell and Trap Zone.

When a monster card is destroyed or when Spell and Trap Cards are used, they are sent face-up to this space. The contents of both players' graveyards are public knowledge, so your opponent can check their graveyard at any time during the duel. The order of cards in the graveyard cannot be changed.

Your deck must be placed face down in this location. This is where duelists draw their cards to add to their hands. If a card effect requires you to reveal a card from your deck or search for a card in it, shuffle it and place it back in this location after resolving the effect.

Place it face down here. You can look at the cards in your extra deck at any time. This area was formerly for the fusion deck. Any card effects that apply to the Fusion Deck now apply to the Extra Deck.

No Yu-Gi-Oh! TCG you use 3 main types of cards: Monster Cards, Spell Cards and Trap Cards. In addition, each type is divided into subcategories.

There are also Pendulum Monsters, which can be activated from your hand as a Spell Card, placing it in one of the Pendulum Zones. To identify them, just note that they have the bottom half of the card in green to indicate that they can also be used as spell cards, but the top half of the cards may vary, since there are normal pendulum monsters, effect, XYZ, synchro and fusion as well.

Spell cards can normally only be activated during your main phase and help with their different effects. Spell cards have many powerful effects, such as the ability to destroy other cards or increase the power of monsters. Keep these cards in your hand until you can get the best out of them. These spell cards have a green background. There are different types of spell cards: Normal Spells; Ritual Spells; Continuous Spells; Equipment Spells; Field Spells and Quick Spells.

Trap cards will help you with different effects, just like spell cards. The big difference between them is that you can activate Trap Cards during your opponent's turn, and Trap Cards must be placed on the field face down, and can only be activated on the next turn. Many Spell Cards have offensive effects, but Trap Cards usually have defensive effects, and can surprise your opponent, disrupting their attacks and strategies. Trap cards have a pink background. There are different types of trap cards: Normal Traps; Continuous Traps; and Counter Traps.

How to duel in Yu-Gi-Oh!

A Yu-Gi-Oh! match is divided into 3 duels, called “best of 3”. A duel ends when one of the duelists wins or in case of a tie. The winner of the match is the one who wins 2 duels first. Each Duelist starts a Duel with 8000 Life Points. You win the duel if: reduce your opponent's life to 0; if your opponent is unable to draw a card; or if a card effect says you've won. If you and your opponent both reach 0 life at the same time, a tie is declared.

Preparing for the Duel

Greet your opponent and shuffle your deck well. Then you can shuffle and cut your opponent's deck. After cutting, place the decks face down in the appropriate deck zones on the field. Both the main deck and the extra deck must be placed face down. The two players show each other the number of cards in their side deck, confirming that they have 15 cards or less. After exchanging cards from the main deck for cards from the side deck, both must contain the same number of cards they had when the first duel was started. Take rock, paper or scissors, flip a coin or roll a die. The winner decides whether to start the duel. In the next duels, the loser of the previous duel choose who starts. Then each player

from the top of their deck: this is their starting hand.

Structure of the turn

A duel follows a sequence of turns that are divided into phases.

This is the first phase. The turn player draws 1 card from the top of their deck (except for the first turn of the duel). A player with no cards remaining in their deck, and therefore unable to draw, loses the Duel. After drawing, Trap Cards, Quick Spell Cards, and Quick Monster Effects can be activated before you proceed to the next phase.

Some cards have effects that trigger or costs you must pay in the standby phase. If you don't have any of these cards on the field, you can still activate Trap Cards, Quick Spell Cards, and Quick Monster Effects before proceeding to your Main Phase 1.

This is the phase where you use most of your cards: you can Normal Summon, Set, Special Summon or change the battle position of monsters; activate card effects; and play spell and trap cards.

These actions can be done in any order you like, but some actions have restrictions.

Now is the time to battle your monsters! On the first turn of each Duel, you cannot enter the Battle Phase, but on subsequent turns, if there are no monster cards on your opponent's field, you can declare a direct attack to their Life Points. You do not need to conduct your Battle Phase every turn, even if there is a monster on the opponent's side of the field. The battle phase is divided into 4 stages, which are: Start Step, Battle Step, Damage Step and End Step. The Battle Step and Damage Step are repeated each time you attack with a monster.

If you conducted your Battle Phase, your turn then advances to Main Phase 2. The actions you can take in this phase are the same as in Main Phase 1. Use this phase to prepare for your opponent's turn.

There are other rules in Yu-Gi-Oh that you will learn as you continue to duel. For more information keep following our articles, Cards Realm thanks you! 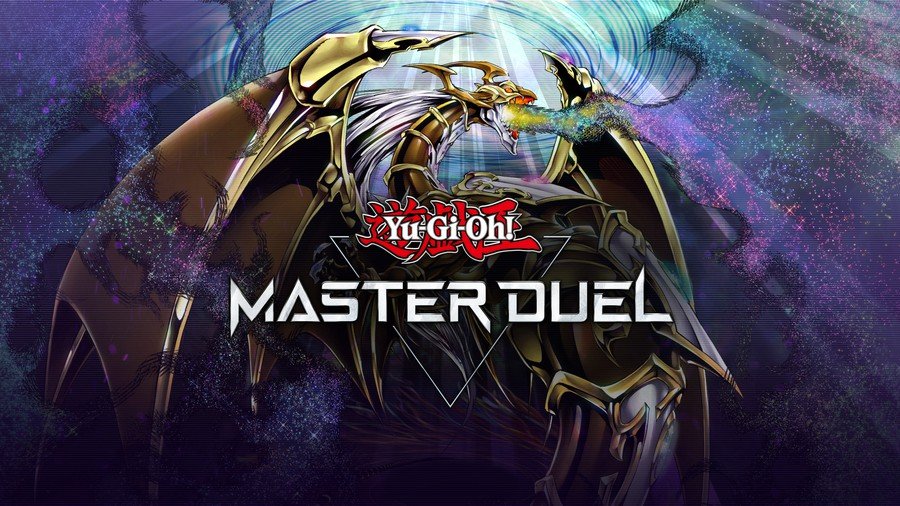 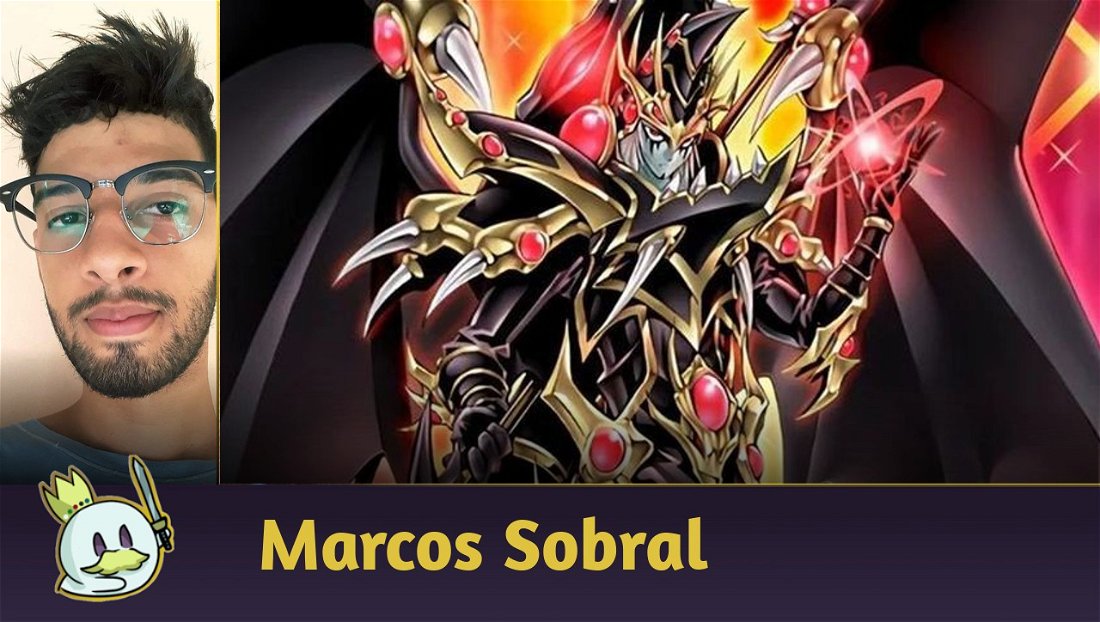 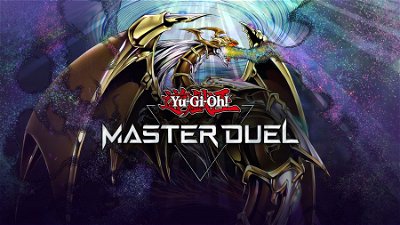